Many employers are very concerned about the related issues as there have been many cases of Philipine helpers and Indonesian helpers allegedly assaulting the elderly and young children. After the report was published, many citizens reposted relevant news through social media and online logs, causing some exaggerated reports to be conducted. 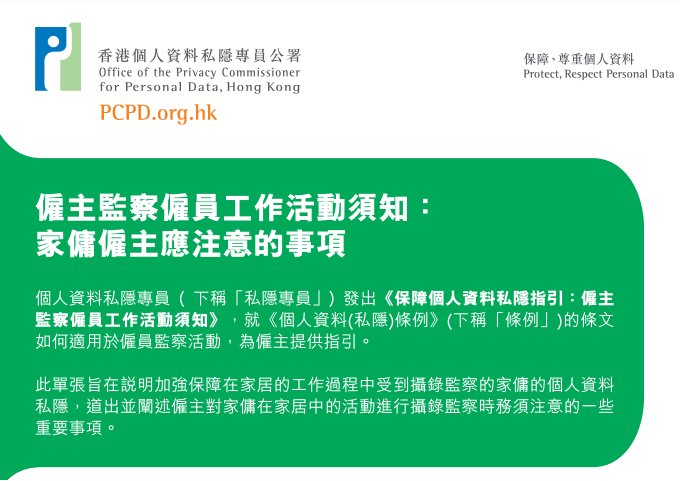 According to the "Monitoring and Personal Data Privacy at Work: Points to Note for Employers of Domestic Helpers" issued by the Office of the Privacy Commissioner for Personal Data (Hong Kong), if employers decide to use video surveillance at home, they should pay attention to the monitoring activities. Reasonableness, publicity of surveillance activities, and use and retention of video recordings.

Reasonableness of the monitoring practice 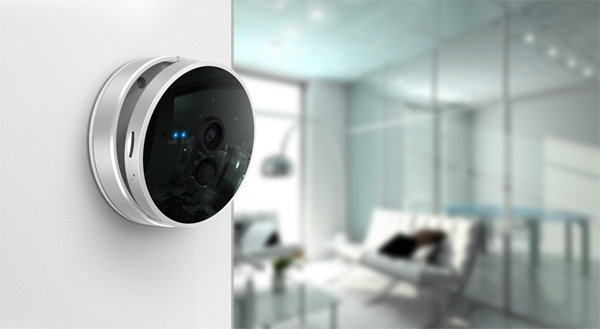 Employers should conduct the monitoring in an overt/open manner unless there are special circumstances which justify the use of covert/secret means (e.g. use of hidden "pinhole" cameras). The existence of the following situations may justify covert monitoring:

However, employers should note that no cameras (whether hidden or not) should capture images showing activities inside the private area where the domestic helper rests after work.

Openness of the monitoring practice It is important that domestic helpers be notified of the presence of any video monitoring system in the premises where they work. This notification should not be omitted except in very exceptional situations such as to collect evidence of abuse based on reasonable suspicion. The PCO recommends that a written notification should be given instead of an oral one.

Employers are reminded that such notification does not confer upon them a legal right to adopt employee monitoring under all circumstances nor does it release them from their obligations under the Ordinance to observe the six data protection principles.

Use and Retention of Video Recordings 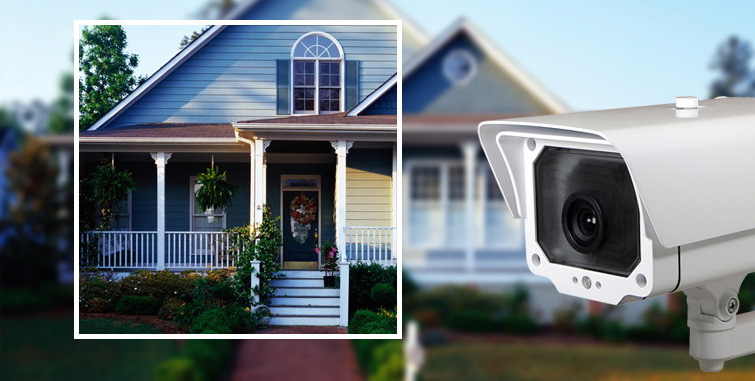 Employers must ensure that video records are only used for the purposes stated in the notification given to domestic helpers or a directly related purpose, unless otherwise permitted by law.

The PCO recommends that video records which contain the personal data of domestic helpers be retained for not more than 7 days. A longer retention period may be considered if the recorded data are required for evidentiary purposes (e.g. to assist an investigation conducted by the PCO or the police)

Sunlight Employment Agency hopes that the above latest information will help employers and maids to learn more about the installation of surveillance cameras.